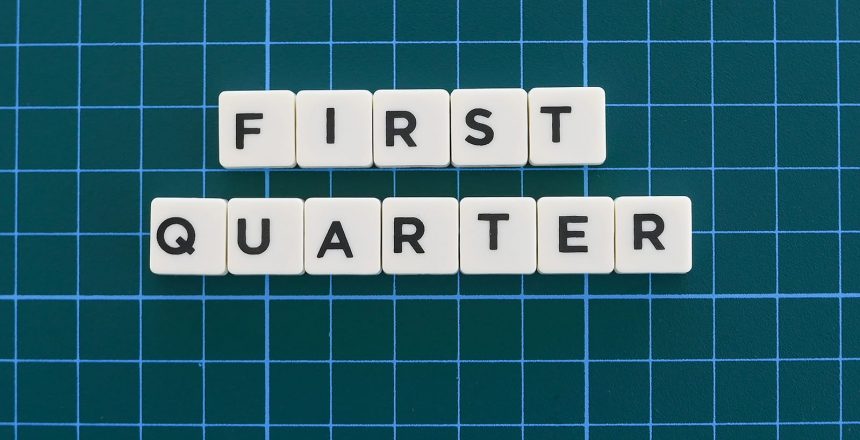 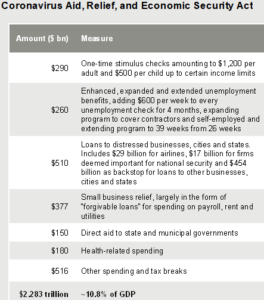 The first quarter of 2020 took an unexpected turn, as the spread of COVID-19 brought certain areas of the global economy to a halt. U.S. markets entered bear territory, government bond yields dropped to their lowest levels ever and oil prices collapsed. The Federal Reserve responded swiftly, cutting rates to near zero and providing fresh quantitative easing and liquidity injections. The federal government provided fiscal stimulus to support workers and businesses. Monetary easing and fiscal measures were also implanted globally.

In the second quarter, the impact from COVID-19 will be felt acutely, likely ending an 11-year economic expansion, as it has already done to the bull market in stocks. Service industries face damage from social distancing, while unemployment will rise sharply. However, efforts to contain the virus and develop a vaccine, as well as the ability of companies and consumers to adapt to the circumstances, should result in the stabilization and eventual rebound.

The fact that the economic impact of COVID-19 only started to be felt late in the first quarter, combined with surging sales in food and necessities, suggest that first quarter GDP will not be severely impacted by the virus. However, the U.S. economy will enter recession territory in the second quarter, putting an end to the longest expansion in U.S. history. This recession could be quite severe in terms of its initial decline in GDP. In particular, reasonable assumptions of the decline in spending across the most impacted sectors could easily yield a double-digit annualized decline in real GDP in the second quarter. The effects of employment losses from a traumatic second quarter could well result in continued negative economic growth in the third quarter, meeting the unofficial definition of a recession. Once things stabilize, the economy could begin a slow recovery, followed by a surge once an effective vaccine for the virus had been distributed. The worst of the economic turmoil centered in the leisure, entertainment, food service and retail sectors will make the recession somewhat different from that of the financial crisis in 2008. These industries account for about 20% of U.S. employment, but are less significant when measured in GDP terms or as contributors to stock market earnings. Consequently, this recession should be most pronounced in its impact on unemployment and perhaps be somewhat less dramatic in relative terms when it comes to corporate earnings.

While the nearly $2.3 trillion-dollar stimulus will be impactful, it will come at a steep price. This could cause the government to employ some fiscal restraint later next year and into 2022 if it is to avoid higher inflation and higher interest rates once the economy is once again in expansion mode. There is no such thing as a free lunch, and we expect to see higher taxes on income in the years ahead to help recoup some of this stimulus package. 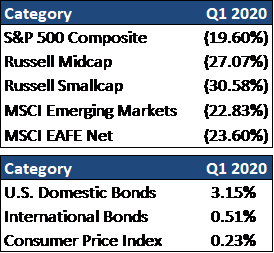 Domestic equities saw a sharp decline in Q1 of 2020 as the S&P 500 finished down -19.60%. Profit growth remained mixed, depending on sector, and may continue to slow in 2020 depending on the sector. Operating earnings per share may see their worst decline in the second quarter of 2020, as global shutdowns have forced many companies to close their doors for a temporary period. We expect profits to be reduced considerably in Q2 and perhaps in Q3 as margins continue to come under pressure.  The energy sector will likely be hit very hard, both by the global recession and the recent price war between Russia and Saudi Arabia.  We expect consumer discretionary, materials and industrial sectors could be hit hard, while health care and financial services could do better and weather the storm more efficiently.

International equity returns also saw sharp declines in Q1 of 2020, with developed markets and emerging markets down -22.83% and -23.60% for the quarter.  Many of the valuation anomalies that existed in markets before the onset of the crisis persist today, as this crisis has impacted economies across the globe.  While stocks outside the U.S. have traditionally had lower P/E ratios and higher dividend yields than their U.S. counterparts, these comparisons are particularly extreme today.  For long-term investors it is important to recognize that many of the arguments in favor of international stocks are just as strong today as they were at the start of the year. The long-term growth prospects of emerging market economies still look better than growth prospect for the U.S., as valuations remain cheaper overseas. The U.S. dollar remains high based on trade flows, suggesting an eventual dollar decline would amplify the return on international equities.  It is worth noting that with risk assets down across the board, many investors may be able to reallocate across the board without triggering a substantial capital gains bill in after-tax accounts, thus creating higher after-tax return on investments.

Bonds have been able to insulate investors against losses in Q1 of 2020, with U.S. bonds returning +3.15% and international bond returning +0.51%. Given the recent events, fixed income has quickly become a challenging landscape, with yields on the 10-year treasury below 1% and real yields on Treasure Inflation-Protected Bonds turning negative.  Assuming the economy gets past a COVID-19 recession and begins to expand again, both yields appear very unattractive.

We have begun to see high yield spreads widen out and while there may be individual opportunities in this space with careful security selection, we see some glaring risks.  Widespread defaults in high yield are likely in the months ahead, making quality in the fixed income space much more important than chasing yield.  High quality fixed income will continue to play an important role in providing insurance should a recession deepen.

While Q1 GDP will not be severely impacted, Q2 GDP will be impacted greatly and more than likely will thrust us into a recession.  This recession could be severe in terms of its initial decline in GDP.  We anticipate characterizing this movement as a fall, which may have already been priced into the market, followed by a stall and then a surge. With that said, good investing always requires a mixture between brains and courage, but usually in different quantities at different times. When markets are high, it’s usually all about having the brains to find the cheaper assets in the sea of bad deals.  When markets are low, it’s usually all about having the courage to recognize that economy and markets will rebound and invest broadly to take advantage of this reality.

Investors should recognize that their plan should account for periods of negative returns and that attempting to time the market is extremely difficult and dangerous. Additionally, periods of large market declines do lead to opportunities for investors if they are properly positioned, patient and able to remain calm when others panic. Looking forward, we believe that it is important for investors to stick to their plan, especially if their plan was designed and tested in markets like we are currently experiencing.  If investors attempt to abandon their plan now, they run the risk of jeopardizing their financial success and causing irreversible damage long-term.

Controlling what you can control, such as spending and not attempting to time the markets, are key in environments in which we face.  If you are a client, we created your portfolio to withstand times such as these.  If you are not a client and have not stress tested and designed a plan to navigate through uncertain times, perhaps now is the time to do so.  We stand ready and available to assist you.