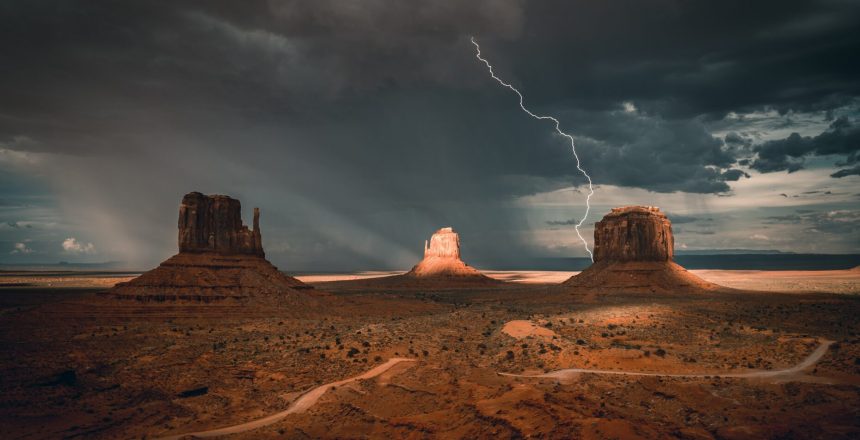 We are not far removed from the COVID crash of 2020 where we saw stocks tumble 34% in a short amount of time.  Circuit breakers kicked in and halted trading for 15 minutes on March 16, 2020, marking the third halt of the week!  The S&P 500 dropped 12% that day, while the DJI dropped 12.9%.  Then, almost as quickly as it dropped, we saw a massive rally with the S&P 500 reaching its old highs as quickly as August of 2020.  Now, rewind the clocks to the housing crisis in 2008 and the rippling effects that shocked the financial world.  Many investors hastily reacted to this uncertainty by altering their financial plans based on emotions.  As a result, countless individuals suffered staggering losses that they have been trying to recoup ever since.  The point being, this uncertainty wasn’t a new phenomenon; many investors had simply forgotten the past or chose to ignore the experts.

Past Uncertainty
In 1929, investors thought the world was ending as America entered the great depression.  The market was down 80% by 1932. In 1942, as the market was still recovering, Japan bombed Pearl Harbor waking a sleeping giant and thrusting the U.S. into WWII.  In 1952, the Korean War caused bomb shelters to become the most popular large purchase in America!  A decade later, in 1962, school children were practicing drills to help them prepare for a “sure” Russian nuclear invasion by hiding under their desks (which seems pointless knowing what we know now).  In 1972, prime interest rates were at 10%, Watergate was in full swing, and our very own Gerald R. Ford was set to become the only non-elected President in U.S. history.  Fast forward to 1982 with inflation at all-time highs, mortgage rates at 20%, and investors facing headwinds of 70% tax brackets. 10 years later, in 1992, we saw ¼ of savings and loan institutions fail!  We then entered the 2000’s with tech stocks booming and considered to be a safe investment, only to see the dot-com bubble burst and $5 trillion in market value literally evaporate over a three-year period.  During the dot-com crises the terrorist attacks on 9/11 occurred, thrusting us into a war that lasted the better part of two decades.  Shortly after the financial markets recovered from the tech bubble, we witnessed the sub-prime mortgage crisis threaten the existence of nearly every financial institution in 2008.  In 2017, Washington faced political turmoil as the unpredictable North Korean leader Kim Jung Un stirred up threats.  We witnessed civil unrest in 2020 and 2021 as rioters and looters pummeled cities across the U.S. and in our nation’s capital.  And today there is conflict in Europe as Vladimir Putin wages war with Ukraine, resulting in an energy crisis for the countries that are energy dependent upon Russia.

What Does This All Mean?
As you can see, we have witnessed many periods of uncertainty throughout the previous century.  When the correlating unease and doubt arises, it is easy to think we are experiencing a “new” or “different” scenario.  In reality, we have always faced uncertainty and are certain to face new concerns time after time.  By maintaining a properly created financial plan investors can weather financial storms, now and in the future.  Investors that sold out of investments in 2020, only to wait for the “perfect time” to get back into the market, ultimately suffered.  The “perfect time” for many investors still hasn’t arrived and they have forgone the spoils of patient investing.  Those that stay the course in the face of uncertainty are rewarded for their patience and discipline.

NEWSFLASH #1:  There may be years when you post a loss for the entire calendar year if you choose to invest in stocks and bonds.  We are sorry to break it to you, but this is just reality.  A wise planner anticipates this and insulates a portfolio with stable assets to draw from during these times, allowing patient investors to benefit from long-term investing.  There can be huge opportunities in down markets if emotional decisions aren’t made…just ask Warren Buffet!

NEWSFLASH #2: If you are someone that is still in the accumulation phase of your life, you should revel in market dips.  Market dips allow you to buy assets at cheaper prices.  Sure, your portfolio value may take a temporary hit, however, if you aren’t planning on spending the money in the short-term it shouldn’t matter.

NEWSFLASH #3: Market timing is a fool’s errand.  There are many reasons why timing the market doesn’t work.  If you plan to hold cash on the sidelines until things look better, you will have likely already missed out.  Markets are anticipatory and react to expectations of positive news very quickly.  By the time you start to feel better about the outlook of the economy, the market will have already moved along without you.
At Voisard Asset Management Group we grasp the importance of not only having a customized financial plan, but also sticking to that plan.  As your personal situation and goals change, so should your financial plan.  But the reasons should be specific to you, not simply political noise.  Regularly reviewing your plan with your financial advisor is extremely important and should not be overlooked.  If you haven’t created a financial plan or haven’t visited your plan in a while, we would appreciate the opportunity to assist.  It is remarkable how much a simple conversation can do for an individual’s financial wellbeing.