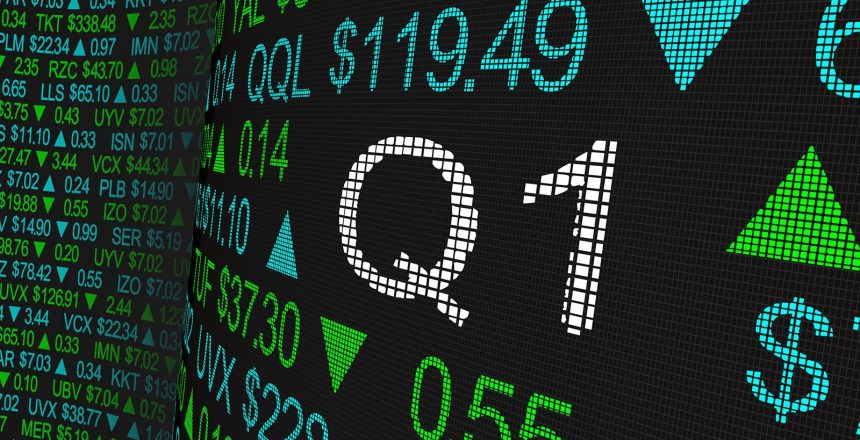 For those of you paying attention to the markets since January, you saw a complete 180 degree turn from the fourth quarter of 2018. Christmas Eve marked an important day not only for impatient children breathlessly anticipating the arrival of Santa Claus, but also investors, as the market began an upward shift that lifted investments through the first quarter of 2019.

Economic growth slowed in the last two quarters of 2018 as the boost from the 2017 tax cuts began to fade. Uncertainties surrounding trade tensions, the government shutdown, slowing global growth, and a tightening monetary policy began to rise.  Additionally, we saw GDP growth start a decline back toward the current expansion’s average of 2%.  The combination of the rising uncertainties and the slowing GDP growth led many to shift into a risk-off mode and move from equities to fixed income.  The result was a nearly 20% drop in U.S. equity markets in a single quarter.

Since the end of the year, some of those fears have started to dissipate. The Federal Reserve seems to be on pause and a rate hike in 2019 seems to be off the table.  Additionally, the Fed announced that the normalization of the balance sheet will also slow later this year.  Both changes serve to slow the tightening of monetary policy and will effectively remove one of the major headwinds that U.S. businesses were expecting to face in 2019.

Additionally, trade tensions have started to ease, as the trade talks have progressed. While a deal has not been reached, positive signals have been coming from both parties.  A temporary 90-day truce was agreed to on December 2, 2018, with both parties deciding to refrain from increasing or proposing new tariffs until March 1, 2019.  On February 24, 2019, President Trump announced that the trade deal truce would be extended, citing forward progress in the trade talks.  While the Administration has not provided an exact deadline for a trade deal, there have been several hints that they are getting closer as the trade talks continue.  The markets have continued to rise as the uncertainty surrounding trade policy is slowly becoming clearer.

While we have more clarity on a few of the issues that led to the market correction in 2018, severaluncertainties remain, including Brexit. Three years ago, the UK voted to leave the European Union. 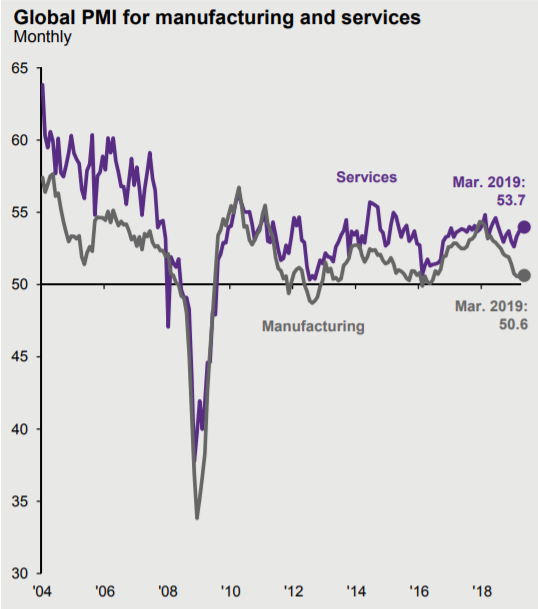 Britian was given until March 29, 2019, to agree to an exit plan that satisfied both the EU and the UK.  That day has come and gone, and no agreement is in place.  Prime Minister Theresa May’s attempts at a deal were vetoed 3 times by British lawmakers, leaving further uncertainty in moving forward.  An extension was granted that would give Britian until April 12 to come up with a deal.  It is widely expected that another extension will be suggested as it seems that Britian is not close enough to agree on a deal just yet.  This presents the possibility of a “hard exit”, meaning that the UK would leave the EU and its single market with no deal in place.  Trade would therefore be conducted under the World Trade Organization’s rules, which would put pressure on many European economies.

Among developed countries, Europe continues to limp along after political turmoil in France and Italy, and manufacturing weakness in Germany. The Eurozone, Japan, Korea and Taiwan have been caught in trade tensions and in the crossfire between the United States and China.  This has caused a slight deterioration of manufacturing activity as indicated by the Global Purchasing Mangers’ Index.  As you can see in the chart above, the Global PMI index for manufacturing (gray line) has started to trend downward over the last six months, indicating a slowdown in manufacturing activity.  When the indicator is above 50, it means that there is growth, while a reading below 50 suggests a contraction.  While the current reading is still positive, it highlights the slowing growth that we have seen over the past six months.  Second, a general slowdown in China has also had ripple effects on developed and emerging market economies.  Until trade tensions are resolved and Chinese growth stabilizes, we are likely to see the slowdown in global growth continue.

Domestic equities saw a much-welcomed rebound in Q1, finishing up 13.65%. For investors, this ride saw some continued volatility, albeit positive volatility.  After seeing valuations decrease (as measured by the forward price-to-earnings ratio) to 14.4x in the fourth quarter, they began an upward trajectory, finishing at 16.4x for the first quarter.  The increase in valuations reflects the rebound in the market as mentioned in the opening paragraph, but also suggests stocks may be closer to being fully valued once again.  While valuation does not fully explain future returns, it is a large factor and a good indicator of expected long-term returns.

Much to the delight of fixed income investors, the federal reserve became dovish and indicated a slowing of the path to the normalization of interest rates. The pause in both the unwinding of the balance sheet and the increases in interest rates have temporarily lifted the headwind that fixed income investors faced for the last three years.  Fixed income investments rose across the board in response to this change.  While the federal reserve has not indicated a cut in rates is necessary, the market is beginning to price in a 2019 rate cut.  This has led to the compression of long-term rates, and an extremely flat (and partially inverted) yield curve.  While the inverted yield curve has caused concern to some investors, it may serve to boost consumer balance sheets by pushing up the income from short-term accounts, while limiting the rise in mortgage rates.

Long-term, the pause in the rate cycle suggests that we will continue to remain in the low rate environment that we are currently experiencing. While investors are not thrilled with current rates, we continue to remind our clients that yield is only one reason to invest in fixed income.  The other reason is stability.  While the yield may not be what investors were accustomed to years ago, the stability is still needed in times of market deterioration or instability.

As we look ahead, without any fresh tax cuts and with the dragging effect of trade uncertainty, overall GDP growth is expected to slide back to roughly 2%. The issue with a continued slowdown in global growth is the uncertainty of whether it ends in a soft landing or in a recession.  Although there is always the possibility of a recession, it seems that the probability of a soft landing has increased over the last few months, as the macroeconomic backdrop suggests we are not close to a recession.

The consumer, which represents roughly two-thirds of the U.S. economy, is in great shape. Unemployment is low, wage growth is rising, and balance sheets remain strong.  Long-term interest rates remain low for borrowers, while increased short-term rates are providing more cash flow to savers.  A resolution to the trade tensions with China seems to be closer, creating optimism for both domestic and foreign economies.  Additionally, none of the major cyclical sectors of the U.S. economy, such as autos, housing, business investment spending or inventories appear to be over extended, nor does there appear to be a particularly dangerous area of financial excess.  More easily said, without a boom, it’s hard to generate a bust.  Secondly, the Federal Reserve appears to be on pause and may not raise rates at all in 2019, indicating an end the tightening cycle at a much lower level of interest rates than is typical in a long expansion.  The reduced rates should continue to support an expansion as business investment costs remain low.

Overall, we are confident in our positioning and in our investment process, both of which allow us to look past periods of uncertainty (like we saw at the end of 2018) and keep our focus where it should be, which is prudently managing our diversified portfolios to achieve solid long-term, risk adjusted returns.