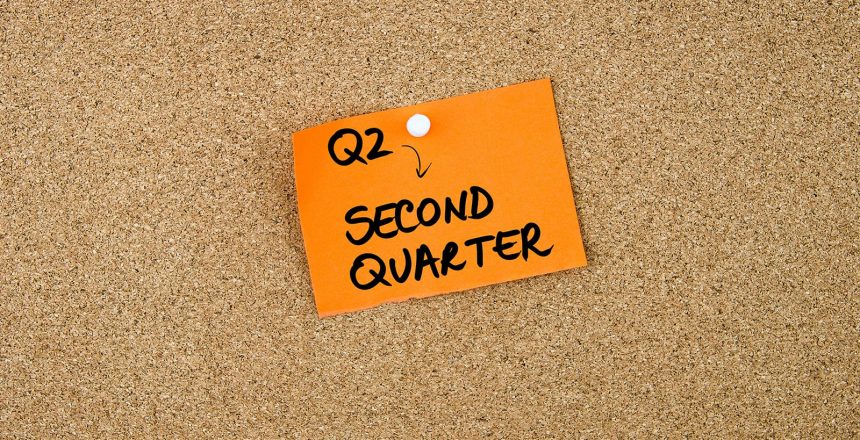 Market Performance Overview – Not Much Change Since Q1 2017

What Have We Learned So Far?

2017 has provided a reality check for policy hopes in the U.S. and political fears in Europe. In the U.S., hopes for significant fiscal stimulus have been dampened by ongoing political noise in Washington. Meanwhile, despite soft readings of inflation and real economic growth, a tight labor market and strong gains in asset prices have led the Federal Reserve to raise interest rates twice this year and to layout an ambitious plan for reversing quantitative easing asset purchases (buying bonds for the Federal Reserve balance sheet). It is expected that through this process, the Federal Reserve will release $600 million in U.S. bonds to the global markets by simply not repurchasing the assets upon maturity. Overseas, centrist election victories and stronger economic numbers have reduced fears of further turmoil in Europe. Additionally, growth has picked up in Japan, and while the performance of emerging market economies has been mixed, more attractive valuations and the lower dollar have encouraged U.S. investors to consider international equities.

Domestic equities continued their run through the second quarter of 2017. On a year to date basis, we have seen the S&P 500 increase by 9.3%.  Despite our current bull market, which has been very long and powerful, the case for U.S. stocks remains very solid.  We have heard a lot about valuation and the forward price-to-earnings (PE) ratio.  The forward PE ratio is hovering around 17.5x (how much an investor pays for $1 of business earnings), compared to the 25-year average of 16.0x.  What this suggests is that while stocks may be slightly overvalued currently, they are not outrageously priced based on market norms.  It is important to note that many investors choose to pay attention to valuation metrics like the PE ratio, but they often tend to overlook other ratios like the earnings yield.  Earnings yield, which is the inverse of the PE ratio, shows the percentage of each dollar invested in the stock that was earned by the company.  It is commonly used to compare the price of stocks and bonds to determine which is undervalued and which is overvalued. The current spread between stocks and Baa bonds (an investment grade bond classification) is 1.3%, while the 25-year average is -0.3%.  Translated, this means that relative to bonds, stocks still look inexpensive.  This is an important statistic as stocks, bonds and cash are the three most utilized asset classes.

Further, corporate profits have continued to increase beyond that which was experienced before the 2008 financial crises. This is particularly encouraging even though the energy price rebound has stalled.  The energy sector should contribute to earnings growth going forward due to operational efficiencies created by lower energy prices, although not to the levels seen prior to the 2014 collapse in oil prices.

As the U.S. economy continues to operate as a healthy tortoise of sorts, ambling forward at a slow but steady pace, the global economy is acting more like a hare on a lunch break, with greater potential for growth but an almost unwilling stubbornness to achieve it. In the first half of 2017, the lunch break appears to have come to an end.  Economic data for the second quarter of 2017 show faster global manufacturing growth than in any other time over the past six years.  The Eurozone is growing particularly quickly, reflecting a favorable exchange rate, rising consumer and business confidence and years of pent up demand.  As a result, global markets fared extremely well on clear signs of continued strength in the international economy.

Having said this, investors should consider two things. First, while the U.S. dollar has soared in recent years, this may well come down in the next few years due to a large U.S. trade deficit, the prospect of slower growth in the United States and a much-diminished commitment to maintain a higher dollar by the current administration.  Second, from an earnings and valuation perspective, there just seems to be more opportunity in international than in U.S. stocks right now.

Domestic bonds were sluggish again in the second quarter of 2017. The Federal Reserve has taken the stance that it doesn’t need to factor in the impact of fiscal stimulus unless it is enacted, a stance that seems prudent given the uncertainties in Washington.  On the domestic economy, the Fed should now feel comfortable, as the main factors they care about the most (change in real GDP, unemployment, personal consumption expenditure price index) are now very close to their long-term targets.  Ignoring the potential impact of a financial stimulus package, it is clear that short-term interest rates remain too low.  Consequently, the Federal Reserve raised short-term interest rates to 1.25% in June for the second time this year.  We expect that in the absence of either negative shocks or significant fiscal stimulus, the Fed will raise the federal funds rate one more time in 2017 and three times in 2018.

As mentioned in last quarter’s commentary, Voisard Asset Management Group has implemented a defensive portfolio of bond assets because the return for investing in longer term bonds doesn’t outweigh the potential risk associated with a rising rate environment. We continue to maintain a defensive position within our bond portfolio by assuming a short duration target.  We believe that being short duration is a prudent hedge against interest rate risk in a rising rate environment.

International fixed income has continued its good start to the year, returning approximately 6.1% thus far. An international bond portfolio diversified across countries at differing points in the rate cycle—some raising, some lowering, some holding steady—decrease idiosyncratic interest rate risk. Rates are rising in the U.S., falling in Australia, and stabilizing at lower levels in Europe. Stimulus measures are also pushing rates down in some emerging markets, including India, Russia, and South Korea.

All in all, the second quarter of 2017 has continued to reward patient and well diversified investors. Despite continuing political turmoil in the first half of the year, risk assets produced generally positive returns. The graph below shows the benefit of a balanced and diversified portfolio, achieving solid average annual returns over the past 15 years. It also shows the benefits of staying the course and being a long-term investor. 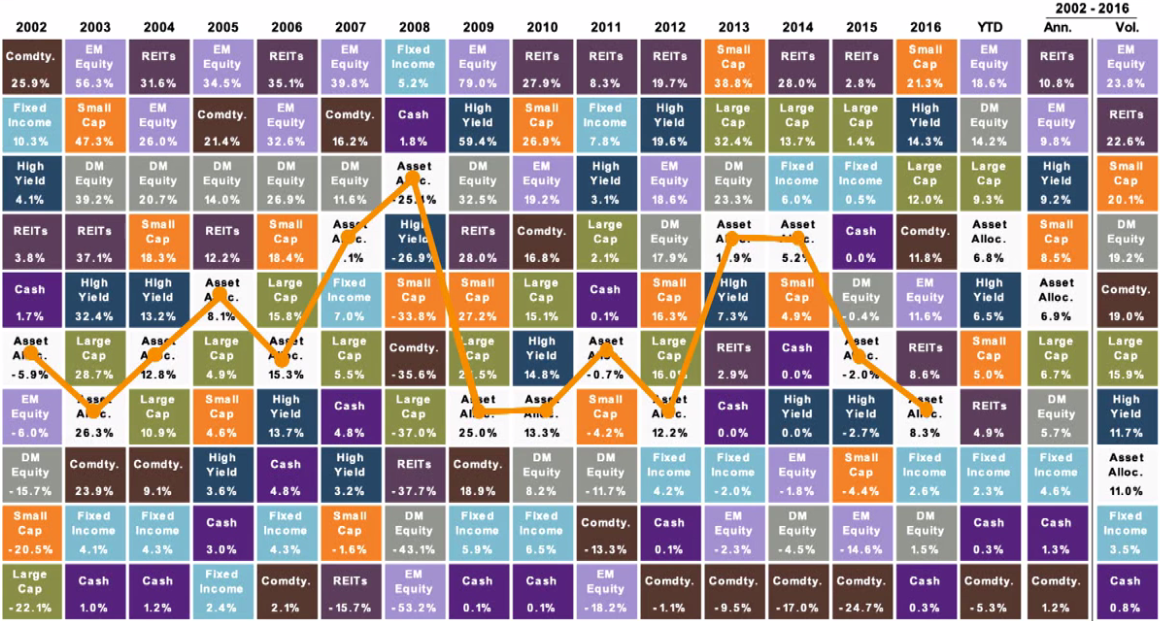 Entering the second half of 2017, cash returns are still very low in nominal terms and negative when factoring in inflation. In this current environment, the reality of stronger global economic momentum and reasonable global stock valuations, suggest that it is rational to maintain a well-diversified portfolio that has been custom built to help you achieve your long-term financial goals and objectives.  Overall, we remain confident in our positioning and in our investment process, both of which allow us to look past periods of uncertainty and keep our focus where it should be, which is prudently managing our diversified portfolios to achieve long-term, risk adjusted returns.