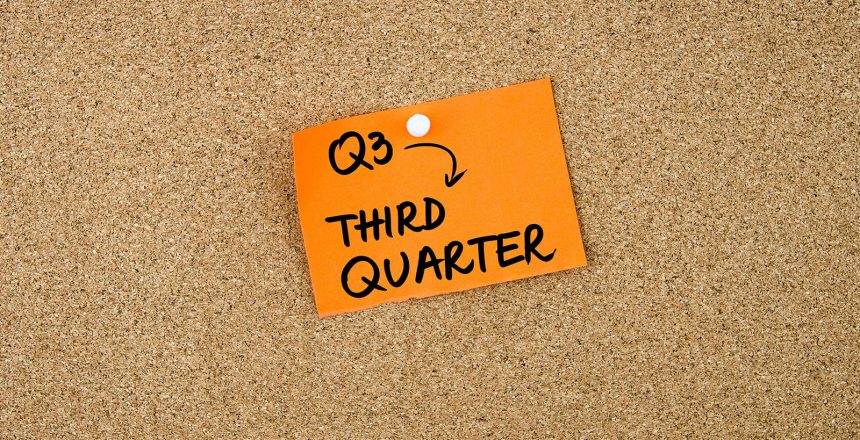 The markets in 2017 have largely been defined by the Trump presidency, expectations for Federal Reserve interest rate policy and an uptick in political turmoil, including uncertainties surrounding North Korea. Recent hurricanes Harvey and Irma are expected to dampen Q3 GDP growth due to the economic disruption from the large amount of damage in Florida and Texas. However, this is largely viewed to be temporary as the rebuilding efforts will contribute positively to GDP in the months ahead. Strong earnings and expectations that the Trump administration will pass pro-growth legislation including repatriation (bringing dollars held overseas back to the U.S.), tax reform, and deregulation have helped fuel the rising markets.

While the current administration has been off to a slow start, positive economic growth, low unemployment, and GDP growth trending toward 3% have kept the markets pushing higher. With the healthcare debate pushed aside for the time being, it seems that the Administration can begin to focus on its pro-business, pro-growth legislation. Due to the length of the current bull market run, questions are beginning to surface on how long the run can last. While the current cycle has lasted longer than most in the past, we continue to believe that there is room for the markets to move higher going forward, but we remain cautious as we move higher in the valuation range.

Domestic equities continued their run in the third quarter of 2017. Even with the earnings growth, the S&P 500 continues to move higher in its valuation, showing a fully valued or slightly overvalued market in comparison to historical market trends.  The current market conditions also present different dynamics than those of the last 25 years.  With bond yields at nearly all-time lows, investors have been searching for yield in other asset classes, driving prices higher than historical norms.  It is important to note that higher stock valuations create a challenging environment for strong future returns as seen in the chart below. 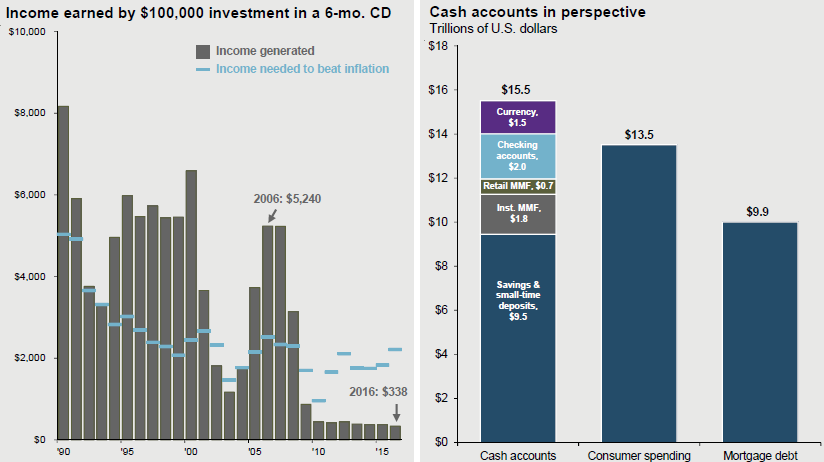 Valuations aside, corporate profits are continuing to grow and have the potential to grow at a faster rate based on proposed legislative changes from the Trump administration. Energy prices continue to rebound which should contribute positively to earnings growth in the quarters ahead.  While the recent hurricanes and California wildfires are expected to dampen growth in Q3, the rebuilding efforts should more than make up for the temporary dip in GDP.

International returns have been bolstered by the falling dollar and strong manufacturing growth in both developed and emerging markets. While the dollar has come off its recent 2017 highs, it remains near the upper end of its 5-year range.  This provides a strong case for international equities as the dollar may continue to fall.  Even with the current YTD run in international stocks, valuations continue to remain more attractive than domestic equities.  As always, it is important to remain diversified as we are never sure which asset class will outperform the other at any given time.  That said, we continue to hold a solid position in international equities to participate in the expected future gains.

Domestic bonds continue to face the strong headwinds of the rising rate environment that we are in. With interest rates held at all-time lows for the better part of the last 8 years, it seems that there is only one way for interest rates to move.  The Federal Reserve did not raise interest rates in Q3, but are largely expected to increase the federal funds rate by another .25% in Q4.  Further, there is an expectation for three more rate hikes in 2018.  The Federal Reserve has also indicated that they plan on reducing their rather substantial balance sheet of $4.5 trillion in treasuries and asset backed securities.  This will ultimately have the same impact as increasing interest rates by tightening the money supply.  The Fed plans to begin the runoff at $10 billion per month in October and raise the amounts each quarter until they get to a maximum runoff of $50 billion per month. It appears that the Fed is set on continuing to move down the path of higher interest rates absent a major change or systematic shock.

As mentioned in the last few quarterly commentaries, Voisard Asset Management Group has implemented a defensive portfolio of bond assets as the return for investing in longer term bonds doesn’t outweigh the potential risk associated with a rising rate environment. We continue to maintain a defensive position within our bond portfolio by assuming a short duration target.  We believe that being short duration is a prudent hedge against interest rate risk in a rising rate environment.

International fixed income has continued its good start to the year, returning approximately 8.7%. While the returns in local currencies have been relatively flat, the falling dollar has provided most of the positive YTD return.  An international bond portfolio diversified across countries at differing points in the rate cycle—some raising, some lowering, some holding steady—decrease idiosyncratic interest rate risk.  This provides another element of reducing the interest rate risk that is present in domestic bonds.

The third quarter of 2017 continued to reward those who stayed invested in the face of rising uncertainties. As mentioned in our recent article “Certainly Uncertain”, the uncertainties present today are anything but new.  As we enter the final stages of 2017, it seems that the economic backdrop will remain supportive for both domestic and international equities.  The pickup in global economic growth points toward a synchronized solid economic expansion as we move into 2018.  There are certainly risks present to the current bull market, but it seems that those risks have faded over the near term.  This explains the lack of volatility that we have seen in 2017 in comparison to historical market movements.

Overall, we remain confident in our positioning and in our investment process, both of which allow us to look past periods of uncertainty and keep our focus where it should be, which is prudently managing our diversified portfolios to achieve long-term, risk adjusted returns.