The Real Cause of Inflation 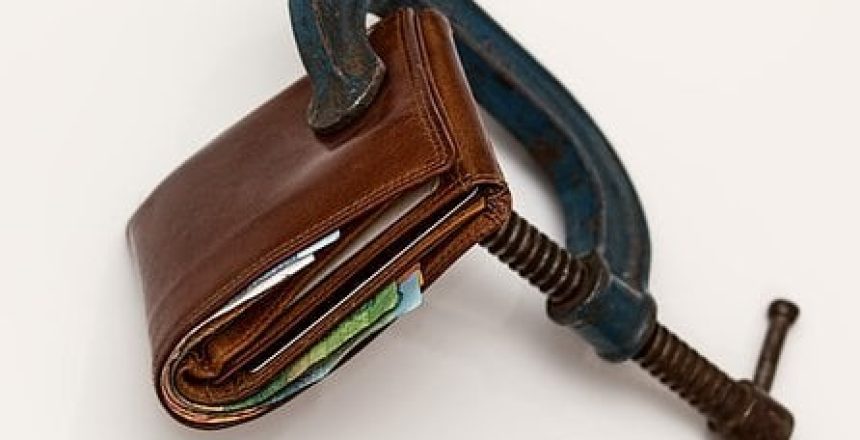 In December of 2021, the median Federal Reserve projection showed inflation was expected to rise by 2.6% in 2022 (as measured by the Personal Consumption Index, or PCE).  The PCE report in June of 2022 showed a much different story, with PCE rising at a rate of 6.8% year over year, which was the highest reading since 1982.  While the cause of inflation can be complex, there are several main factors that contributed to the large gap between expectations and reality.

What is to Blame?
The Federal Reserve felt that the higher-than-normal inflation that we saw in 2021 was transitory and would ultimately dissipate as the pent-up demand from COVID eased and the supply chain issues and bottlenecks were resolved.  Since then, we have seen COVID linger longer than anticipated and China’s zero-COVID policy is continuing to keep supply chains in disarray.

Additionally, Russia’s invasion of Ukraine led to a spike in food and energy prices, increasing by as much as 33% over the last 12-months.  While each of these items are factors in the current inflation rates we are experiencing, we believe the root cause has to do with the money supply, otherwise known as M2.

Over the 12 months from March of 2020 to March of 2021, the U.S. saw unprecedented growth in the money supply in the form of several major stimulus packages. The surge in stimulus created roughly $4.5 trillion in authorized government spending, most of which has since been spent. This surge in spending is a key driver of higher prices faced by consumers because it drastically increased M2, as shown in the chart below. 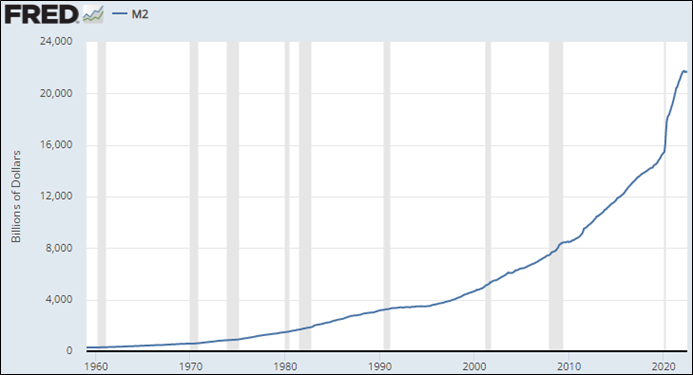 The principles of basic economics maintains that inflation is created when the money supply in an economy grows at a faster rate than the economy’s ability to produce goods and services.  To summarize our situation since the initial COVID outbreak, we have seen a massive increase in money supply and a decrease in goods available (largely due to supply chains in chaos).  Therefore, the goods that are currently available can fetch a higher price.

How do we Curb Inflation?
The Federal Reserve has two economic mandates:  pursuing maximum employment and achieving price stability.  In response to the rapid increase in inflation, the Federal Reserve is increasing interest rates and has stopped all bond purchases in an attempt to slow consumer demand.  The trick will be to see if they can achieve a “soft landing” in which inflation is brought under control without triggering a spike in unemployment and ultimately avoiding an economic recession.  This will be a challenging task for the Fed, particularly if supply chain challenges continue and if Congress continues to increase governmental spending, pushing M2 and inflationary pressures higher.

Will we see Continued Market Volatility?
Each day, the markets are digesting new information to determine if we are moving closer to, or further away from a recession.  The large swings in the market are often a result of a new batch of data being priced into the markets.  We expect this will continue until we get a good sense of the economic direction.  This may take some time as the Fed’s policies’ impact on inflation occur gradually.  The market will be closely monitoring whether the rising rates slow economic activity enough to push us into recession.