What Happens if Congress Doesn’t Raise the Debt Ceiling? 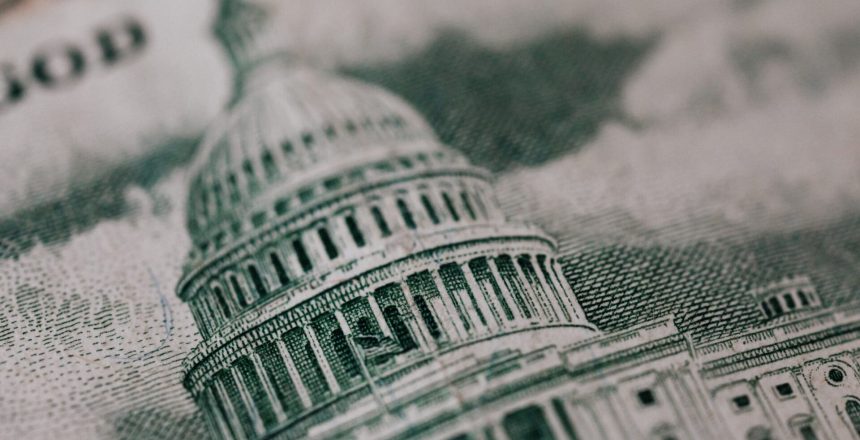 The federal government fiscal year ended yesterday, September 30th, and once again Congress was scrambling. While there was potential for a government shutdown, it was averted. During the runup to this event, you may have heard there is also a wilder possibility of the government running out of cash and defaulting on its debts. Republicans in the Senate on Monday, September 27th voted to block a bill that would fund the government and defer the onset of the debt ceiling, for the time being.

The current debt limit was reached on August 1, 2021. If no resolution is found between now and October 18th, the United States could default on its obligations, which would be the first time in history. With payments due on U.S. Treasury securities (which the Treasury issues to finance the government), the Treasury has resorted to its cash reserves and “extraordinary measures” to cover the checks it writes and honor bonds that come due. However, these measures will not last. This is where October 18th comes into play, which is the date the U.S. government is expected to run out of money.

The allowable outstanding U.S. federal debt is called the “debt ceiling.” When Congress raises or suspends the debt limit, it’s not necessarily allowing for new spending, but instead, allowing the Treasury to borrow more money to pay for spending Congress has already approved. The debt ceiling was first established in 1917 with the Second Liberty Bond Act, set at $11.5 billion. This was established so lawmakers did not have to approve every issuance of debt separately. Since its creation, the national debt ceiling has been raised or suspended nearly 100 times including more than 80 times between 1960 and 2017 and three times over the last four years. It was suspended from 2019 through the beginning of last month under a deal reached during the Trump administration, bringing the limit to $28.5 trillion as of August 1st.

Congress has had a history of avoiding a breach in the debt ceiling, often times supporting a change in the statutory limit on a bipartisan basis.   Source: U.S. Office of Management and Budget, The Washington Post

Many experts have publicly stated that we will not see a government default.  But what if we do?  How will this impact the US economy?  Secretary of the Treasury Janet Yellen wrote “Default could trigger a spike in interest rates, a steep drop in stock prices and other financial turmoil. Our current economic recovery would reverse into recession, with billions of dollars of growth and millions of jobs lost.”  And on Tuesday, September 28th, she warned that “Failing to increase the debt limit would have catastrophic economic consequences.” Federal Reserve Chairman Jerome Powell agreed stating, “The potential effects could be severe.”

The impact of the U.S. defaulting on obligations would raise the cost of borrowing for the government and severely impact the U.S. economy.  Further, if the U.S. government cannot pay its bills, millions of Americans would be affected. Social Security payments may not go out, the military and federal civilian employees may not be paid, Veterans could see compensation or pension payments lapse and millions of Americans on food assistance would see benefits stop. It would also impact global financial markets. Currently U.S. Treasuries are seen as one of the most liquid markets in the world. The U.S. government pays a lower interest rate on Treasury securities because of the unparalleled safety and liquidity associated with their debt obligations. If uncertainty about repayment creeps in, interest rates would spike as investors would demand a higher rate of return for the perceived risk of taking on U.S. debt.  The potential increase in interest rates would ripple through the economy, raising costs for taxpayers, consumers, and other borrowers (for example, the cost of auto and home loans would rise).  The value of the U.S. dollar would also decline long-term and Americans would pay for a default for generations.

Moody’s Analytics recently conducted a study in response to the threat of default and stated nearly 6 million jobs would be lost, the unemployment rate would climb to nearly 9% from 5%, and stock prices would be cut by almost a third if no resolution is found in Congress. Now, this isn’t to say there is a clear-cut formula for calculating the effects of a potential government default.  It will depend on how long the situation lasts, how it is managed, and the extent to which investors view the safety of U.S. Treasuries.

Is default realistically on the horizon? Not likely. Congress, after all, has already approved the amount of spending currently on the books.  Further, there are also potential strategies that various departments of the government could utilize.  For example, the Treasury could implement other “extraordinary measures” to avoid default such as suspending contributions to government pension funds or prematurely redeeming government bonds.  The most likely outcome would be for Congress to come to a resolution and agree upon a new debt ceiling level.  If this does not happen, Senate Majority Leader Chuck Schumer has already started forming plans to lower the vote threshold for a vote on the debt limit. Senate rules typically require 60 votes (three-fifths majority) to support such a measure, but Schumer hopes to lower that to a simple majority, which is 51 votes.  This would make it easier for Democrats or Republicans to pass a vote through.  Other ideas potentially on the table include President Joe Biden invoking the 14th Amendment to nullify the debt ceiling or the Treasury Department creating a “special purpose entity” to issue new debt securities to pay for government spending.

While it is still unknown what will occur in the next 18 days, rest assured we are following this situation closely.  It is the opinion of Voisard Asset Management Group that it is unlikely we will see the U.S. Government default as the debt limit ceiling has been used as a poker chip of political gamesmanship over the last few decades.  This is one more political poker game being played, but both sides are well aware of the consequences.  While these activities do create uncertainty in the market, they are typically short term in nature and ultimately resolved.  Please allow our team of professionals to be of assistance should you have questions or concerns about your portfolio assets or their allocations.  We stand ready and available to assist you.